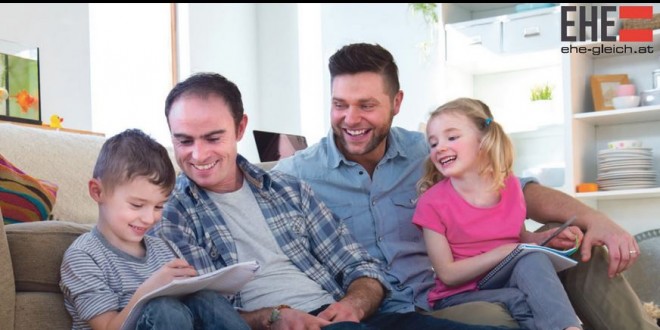 Five Austrian children of same-sex parents are taking the government to court over Austria’s marriage laws, which don’t allow gay couples to marry. The children and their parents have taken their cases arguing for same-sex marriage to the Administrative Court in Vienna, and hope to change the law so that the children can become ‘legitimate’. Austria grants equal parenting rights to same-sex couples – including second-parent adoption, joint adoption and medically assisted conception – but not equal marriage rights. Campaigners from the Ehe Gleich group have set up a petition to lift the ban on same-sex couples and so far more than 45,000 people have signed it.