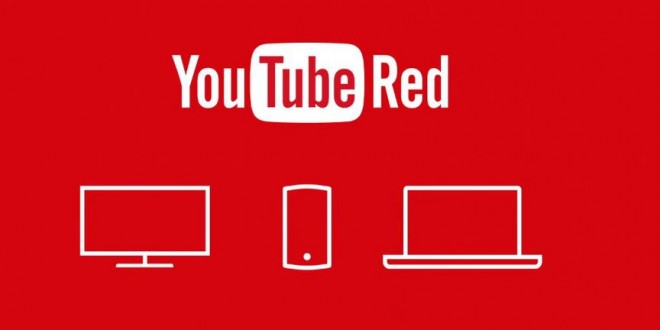 Tech sites are up in arms about YouTube’s coming subscription service and what it might mean for consumers. First, the basics from the BBC:

YouTube is to launch a subscription service offering original, exclusive videos – including feature-length films starring high-profile vloggers. Initially only available in the US, YouTube Red will cost $9.99 (£6.50) a month and have no adverts. PewDiePie, Rooster Teeth and Lilly Singh are among the well-known names involved. Analysts suggested it could be difficult to turn millions of fans who expect free access to pay up. “It’s great to see YouTube offer an alternative to an ad-only model,” said Brian Blau, an analyst with Gartner. “Consumers want choice and options.” “But pay walls haven’t always done well and uptake depends on how users balance the attractiveness of the exclusive content and the pain of sitting through lots of ads.”

The first victim appears to be ESPN. Via TechCrunch:

The fallout from YouTube Red, its forthcoming ad-free subscription service, is already underway. Today, the majority of ESPN’s video content has been pulled off of YouTube in the US, as the sports network currently can’t participate in the YouTube Red service due to rights issues surrounding its content. Though TechCrunch can now confirm that parent company Disney does have a deal with YouTube Red, ESPN itself doesn’t have permission to distribute its videos through a subscription video service like YouTube Red due to other contracts in has in place – including those with various distribution partners. And because YouTube creators have to sign YouTube Red’s subscription deal or see their videos pulled from YouTube, much of ESPN’s content across a number of its channels is now gone in the US.

Calm down, says The Verge:

Right off the bat, articles suggested YouTube was bullying its creators like a mafia boss, and now we’re being told that content creators across the site are in open revolt. It’s a tempting narrative, but it doesn’t match the facts. YouTube Red works just like Spotify, Pandora, or Hulu — all big services most people are familiar with. If you want to pay, you can remove ads and get some power features like offline videos and background play. If you don’t want to pay, YouTube is the same old service it always was, with ads paying the bills for creators. Next year, a few dozen videos will be released that are for subscribers only, meaning a measly 99.99999 percent of YouTube videos will still be available for free.