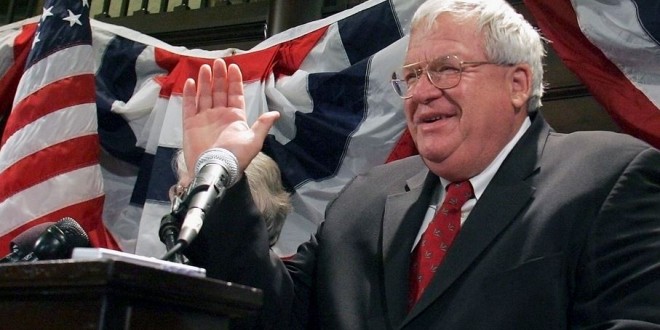 Former House Speaker Dennis Hastert pleaded guilty Wednesday to lying to federal investigators about plans to pay someone he had wronged $3.5 million in hush money. As part of a plea deal, Hastert could serve a prison sentence, or possibly walk away with no prison time. Prosecutors recommended that the judge consider the federal sentencing guidelines, which given Hastert’s crime and lack of previous criminal history, is a sentence ranging from no prison time up to six months.

The sentencing date was set for February 29. Two sources with knowledge of the federal investigation told CNN in June that Hastert was paying a former student to stay quiet about allegations of sexual abuse from when he was a wrestling coach and teacher in Yorkville, Illinois. The indictment details payments and a payment plan to an “Individual A” by Hastert. That person has never been officially identified. Hastert was charged with lying to FBI investigators about his payment plan for “Individual A” and structuring bank transactions under $10,000 to avoid triggering federal reporting requirements.

Days after Hastert was first indicted, an Illinois woman came forward with claims that he had molested her brother, a former student of Hastert’s who later died of AIDS.