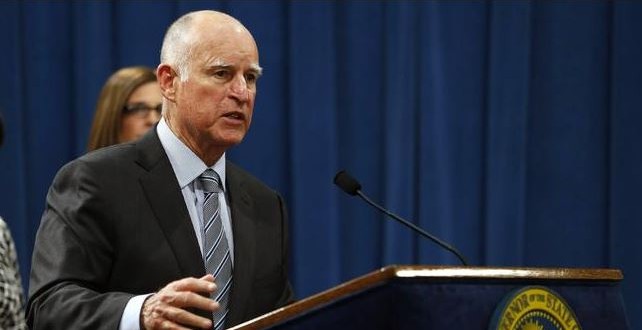 California Gov. Jerry Brown has signed a bill which bans the state from doing business with companies that fail to offer equal benefits to transgender employees. The National Center for Lesbian Rights applauds:

“In signing SB 703, Governor Brown has made California the first state in the nation to refuse to contract with businesses and other entities that discriminate against their transgender employees in benefits,” said NCLR Government Policy Director Geoff Kors, who drafted San Francisco’s Equal Benefits Ordinance in his former role as legislative chair of the Harvey Milk LGBT Democratic Club. “This legislation will not only help transgender employees but will also help California businesses since California already prohibits health insurance carriers from denying transgender individuals benefits offered non-transgender individuals and will thus level the playing field with entities from out of state that bid for contracts with California. Once again, California’s governor and legislature are leading the nation in ending discrimination and ensuring that taxpayer funds don’t go to those who discriminate.”