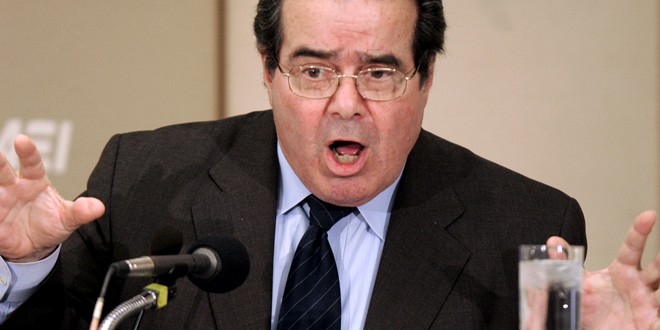 Notorious RBG: Scalia Sang Bob Dylan’s The Times They Are A-Changin’ On Day After Obergefell Ruling

Supreme Court Justice Ruth Bader Gingsburg has revealed a tidbit about the day after the Obergefell ruling came out. Via Reuters:

On the evening after the U.S. Supreme Court upheld same-sex marriage, liberal Justice Ruth Bader Ginsburg was entertained by her conservative colleague Antonin Scalia singing a Bob Dylan song. The song, Ginsburg told Swiss newspaper Neue Zuercher Zeitung, was “The Times They Are A-Changin'”. Justices like Ginsburg and Scalia clash on rulings at work, but get along just fine with one another, she said “We got along very well as always. At the end of the evening (in question) Scalia suddenly got up on stage and sang. We had wonderful evening,” she was quoted as saying in an interview published in German on Thursday. Ginsburg, 81, makes occasional public appearances with Scalia, including attending operas together.