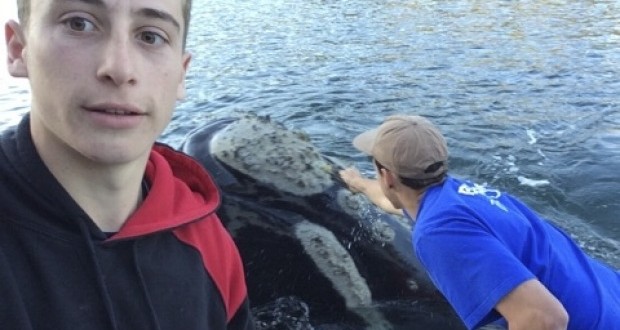 Whale “Asks For Help” With Garbage Stuck In Mouth [VIDEO]

Via the Daily Mail:

A group of young fishermen have captured an incredible selfie with a whale after it swam up and seemed to ask them for help removing plastic bags caught in its mouth. The friendly whale nudged their boat as it made a surprise appearance in Middle Harbour, north of Sydney. The men soon noticed the whale, which circled the boat and swam underneath it, was asking for help and pulled out rubbish bags and fishing lines stuck in its mouth. Michael Riggio,17, took selfie snaps while his friend, Ivan Iskenderian, stretched over the boat to help the whale. After the rubbish is removed from the whale’s mouth, the creature is seen swimming away while flapping its fin – apparently showing its appreciation.

Previous And Maybe Al Gore Too?
Next LIVE VIDEO: American Flag Rises Over US Embassy In Havana For First Time In 54 Years