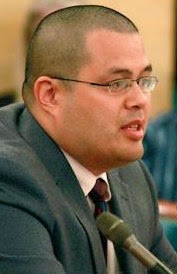 “Brett Baier and Gary Sinise were scheduled to deliver talks at a conference of Legatus. This is an association of Roman Catholic businessmen. Upon the provocation of ‘Good as You,’ a blog run by a catty gossip-hound and character assassin named Jeremy Hooper, Baier and Sinise withdrew from the conference.

“Despite all the drama-queenery, their pretext for pulling out of the event is laughable. Neither of them was expected to speak about homosexuality or endorse a view on the ‘born gay’ controversy. Legatus does many things other than argue with the gay lobby. The crux of the faux outrage rested on one other speaker, who is same-sex-attracted but Catholic and chooses not to have gay sex. Honestly, who cares?

“Does everyone who is same-sex-attracted have to engage in gay sex and announce as much at any gathering where one such person might be present? It seems pretty obvious that men who have sex with men are targeting a man who is attracted to men because the latter doesn’t do what the former tells him to do. Who appointed Jeremy Hooper the Grand Master of Gay? What about staying out of gay people’s bedrooms, including people who choose not to have gay sex in their bedrooms?” – Robert Oscar Lopez, in an American Thinker column tweeted out today by the editor of Legatus Magazine.

NOTE: As Jeremy Hooper observed on his site last week, he merely reported on the Legatus conference and its roster of speakers. He did not call for any cancellations or even ask his readers to contact the event’s speakers.

PREVIOUSLY ON JMG: In September 2014 Lopez petitioned the Fifth Circuit Court of Appeals to stop gay marriage in Texas because he used to be a prostitute. In April 2014 Lopez filed an anti-gay amicus brief
in support of Virginia’s ban on same-sex marriage. Last March 2014
Lopez declared that gay men are turning surrogate mothers into breeding slaves.
Last year, in addition to appearing on stage at an anti-gay Manif Pour
Tous rally in France that was supported by neo-Nazis, Lopez testified
against LGBT equality before several state legislatures and he
co-signed an anti-gay homocon brief to the Supreme Court in support of
DOMA. You really must read the Media Matters take on Lopez’ trilogy of gay erotica.