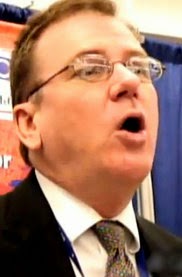 “The [PFOX ‘ex-gay’] billboard speaks to the scientific fact that to quote the American Psychiatric Association, ‘there still remains no replicated scientific studies supporting any specific biological etiology for homosexuality.’ There is zero evidence that a person is born a homosexual. In fact, Dr. Francis Collins of the human genome project with the National Institute of Health, who was appointed by President Clinton to do the project said homosexuality was ‘not hard-wired.’ The reason we see so much of a proliferation of homosexuality in our society now is because we live in a sex-saturated culture. The first century church thrived in a hyper-sexualized homosexual culture in an age of sexual anarchy. So can the 21st century church. We do not need to compromise our message in order to bring homosexuals into the church or accommodate them. The truth is the truth, and if we love someone, we will tell them the truth that homosexuality is destructive to someone. I know because I watched 100 of my friends die of AIDS.” – Former PFOX president Greg Quinlan, in a World Net Daily piece that does not mention that the model on the billboard is not a twin and is in fact proudly and openly gay. Quinlan is currently head of the virulently anti-gay New Jersey Family Policy Council.

Previous Pundits’ Mom Calls In To C-SPAN
Next Supercut: Darlene Love On Letterman