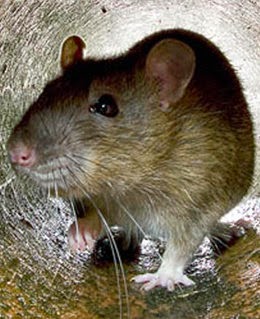 A new study debunks the eternal urban legend that there is one rat for every person living in New York City.

Jonathan Auerbach, a 26-year-old statistician studying for a doctorate at Columbia University, recently won a competition sponsored by the 180-year-old Royal Statistical Society of London. Mr. Auerbach claimed the prize with a paper in which he made the case that there are far fewer rats in the city than almost anyone had assumed. About six million fewer. By Mr. Auerbach’s calculations, the rat population is a mere two million, give or take 150,000. In arriving at that total, he debunked the long-perpetuated idea that there was one rat for every person in the city. New York’s population stood at 8,405,837 as of July 2013, according to the Planning Department.

The rats have never really bothered me. Years ago on an East Village street, I casually kicked away a rat that had darted across my sandaled foot. After my Tracy Turnblad move, a nearby girl shrieked, “Oh my God, do you want me to take you to the hospital?” I said, “Why, for a rabies shot?” She said, “No, for the amputation.”

Previous This Is A Major Network News Reporter
Next John Lewis: Monty The Penguin