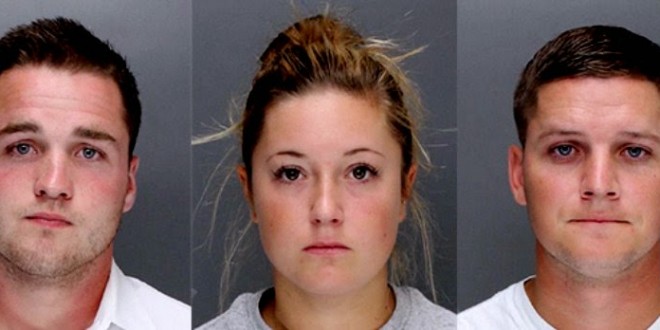 Yesterday a Pennsylvania judge set December 16th as the date for a joint preliminary hearing for the three suspects in the brutal Philadelphia gay bashing that captured national attention.

Following that hearing, a judge will determine if there is enough evidence to warrant a trial. The defendants – Kathryn Knott, 24, Philip Williams, 24, and Kevin Harrigan, 26 – were excused from having to appear at the status hearing by agreement with the District Attorney’s Office. But attorneys for Knott, of Southampton, and Harrigan, of Warrington, said their clients are not gay-bashers. Williams did not utter any homophobic slurs during the Sept. 11 incident near Rittenhouse Square, said his attorney, Fortunato Perri Jr. “Fortunately, my client will have a chance to present this case in a court of law instead of the court of public opinion,” Perri told reporters. When asked if Williams had been struck or if he struck either of the two gay men, Perri said: “We’ll resolve that matter in a court of law.” Attorney Joshua Scarpello, who represents Harrigan, said, “There certainly is another side to this case, there always is, and it’s going to come to light.”

The victims have not yet spoken publicly.