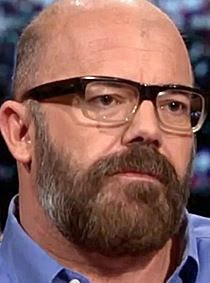 “Here are your options: the blue pill or the red pill. Take the one-pill-a-day Truvada and never get HIV; take the often one-pill anti-retroviral pill, and you will never give someone HIV. To make doubly sure, you can always use a condom. Except almost every man who ever had sex hates condoms – and, unlike a pill you take every day, wearing a condom means making a decision in the middle of sexual desire and passion when your rational self is at its weakest. [snip] The discourse around this new breakthrough has long been about risks and
expense and compliance and how to make sure men don’t get too
promiscuous again. And all that has its place. But we fail to understand
this moment if we do not understand the liberation that comes with
ridding gay sex of the terror and stink of death, the liberation that
comes with leaving a world where another man – before he can be anything
to you – has to be put in a ‘positive’ or ‘negative’ box. Sex is about intimacy; it is about love; it is about relief. And for the first time since the early 1980s, we have a chance to rid it of fear. Why are we not rushing to embrace this? What is still preventing us from becoming collectively a force for love and friendship that is no longer limned with terror?” – Andrew Sullivan, writing for his site.