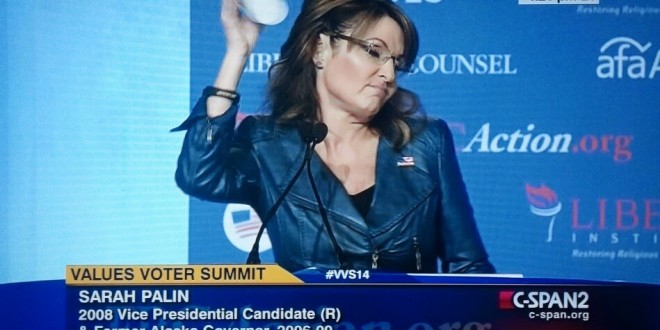 In a speech laden with so many teabagger catch phrases randomly assembled from fridge magnets and bumper stickers that it was impossible to count, Sarah Palin dug out a coffee cup from under the podium to give her impression of President Obama saluting with a coffee cup. The audience, of course, roared. Nobody on Twitter seems know what the speech was about, but whatever it was about it was totally about that. A lot! Near the end of her rambling, Palin declared that “truth is an endangered species at 1400 Pennsylvania Avenue.” The dude using that public restroom is in for a rude awakening.