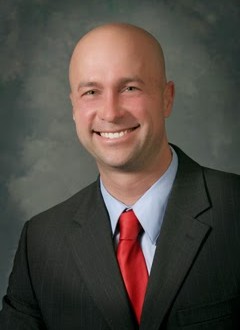 New Mexico state Rep. Bill McCamley was one of the key legislators in his state’s successful same-sex marriage battle and local homeschoolers are enlisting their children in the campaign to unseat him. Via Progress Now New Mexico:

In the legislature, McCamely has been a strong supporter of LGBT equality. That’s no surprise given Dona Ana County’s prominence in the national marriage debate following the decision by County Clerk Lynn Ellins to begin issuing New Mexico’s first licenses to same-sex couples in 2013. Nearly 900 same-sex couples have received licenses in Dona Ana County, which includes McCamley’s district, since last year. So, it’s not surprise that marriage equality could be an important issue in House District 33. McCamley recently started handing out a campaign walk piece featuring his position on the issue and that has his opponent fired up and ready to lead an army of children (literally) against McCamley in their “critical” quest to defeat the progressive candidate in HD33.

McCamley’s opponent, Neal Hooks, is a creationist whose website says this: “The push of homosexual agenda in our schools are destroying us.” The homeschoolers are having their children walk the district to distribute materials in support of Hooks. Donate to McCamley’s campaign here.