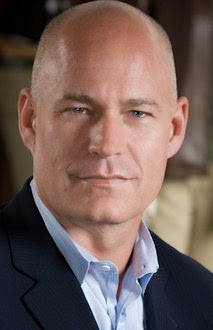 “Performing my best means bringing my authentic self to work, every day. Unlike others, I’ve always had a supportive family and terrific friends and champions. I also have the benefit of my geography (a coastal city), my gender (male) and my ethnicity (white). While I’ve worked very hard, I recognize how fortunate I am. I often meet other gay people in business…as well as women and people of color who also remain underrepresented in senior roles…who are extraordinarily gifted, yet have not had the same opportunities. Sexual orientation can remain hidden, unlike gender or ethnicity, regardless of the public profile with which one lives. To understand why other executives directly or tacitly hide their sexual orientation, it’s helpful to consider the paths that lead them there. Remaining closeted is not, in most cases, due to a lack of courage, authenticity or integrity. This is their conundrum: They’ve been hired primarily to drive performance and deliver returns; but they are also supposed to serve as champions and role models for a wide swath of people, and do not want their sexual orientation to overwhelm or distract from their impact and tenure. The reason it might? History.”  – John Hardy CEO Robert Hanson, in a TIME essay in response to recent media attention to the paucity of openly gay CEOs. Hanson is the former global brand director for Levi’s. (Tipped by JMG reader Robert)

Previous UTAH: Facebook Donates $10K To The Campaign Of Anti-Gay AG Sean Reyes
Next Where The Bears Are, Season 3, Ep. 2