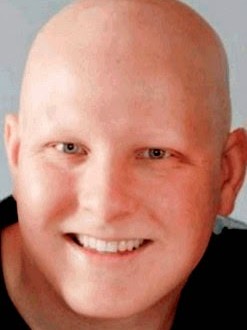 “Gay activists are getting desperate. They can’t seem to convince legislators that states should promote ‘marriage equality’ for gay-identified individuals, while at the same time deny #TherapyEquality for those who do not believe they are born gay and seek to resolve the issues that lead to their unwanted homosexual feelings. That’s because it doesn’t make sense. You can’t demand equality for some homosexuals while denying the rights of other same-sex attracted individuals to leave a lifestyle they find unfulfilling. Their latest campaign, #BornPerfect is an effort to recycle the defunct, archaic theory that people are born gay in order to end what they call ‘conversion therapy’ for youth. The spokespeople for their cause, to end licensed therapy, are a small group of former religious ex-gay leaders, who never went through therapy and instead tried to ‘pray away the gay,’ which surprisingly didn’t work! Again, it’s important to reiterate who these people are. They are not licensed therapists or scientists. Among others, they are Michael Bussee (Co-Founder of Exodus International), John Smid (Executive Director of Love in Action), and Yvette Cantu Schneider, who once made behavioral decisions to leave homosexuality, but never went through therapy.” – “Ex-gay” activist Christopher Doyle, who is very upset about the nine former “ex-gay” leaders who this week published a letter denouncing “ex-gay” torture. Today’s rant from Doyle was published on the website of hate group leader Matt Barber.

FLASHBACK:  Four years ago in Philadelphia I attended a protest of the annual convention for the virulently anti-gay liars of NARTH, where Doyle, who is not quite there with his “natural masculine nature,” got ssssuper upssssset because I took photos of him in the parking lot. The protest came shortly after NARTH co-founder George Rekers was busted at the Miami airport as he returned from a ten day European vacation with the young male Latino hooker that Rekers later claimed to have only hired to “lift his luggage.” So of course many of us brought luggage to the protest. Hit the link for that day’s story and many photos of the attendees.

Previous LIVE VIDEO: Amsterdam Pride
Next From the Chattanooga Times