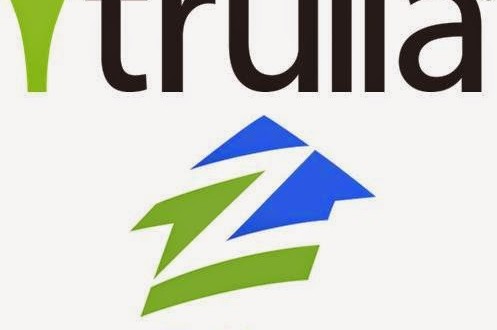 Zillow Buys Trulia In $3.5B Deal

Creating what is being characterized as an “online real estate juggernaut,” on Monday the realty site Zillow reached a deal to purchase Trulia, its chief competitor, in an all stock $3.5B merger.

Under the terms of the deal, Zillow will pay 0.444 of one of its shares for each share of Trulia. Based on Friday’s closing prices, the takeover bid is worth $70.53 a Trulia share, a premium of roughly 25 percent. Together, the two will dominate the traffic for online home listings. Last month, Zillow reported 83 million users, while Trulia reported 54 million — a combined 61 percent of total Internet users for the category, according to the research firm comScore. “The companies know each other very well,” Spencer Rascoff, Zillow’s chief executive, said in a telephone interview. “We’ve been competitors and rivals for nine years, but I’ve always had respect for them.” Zillow has already become one of the best-known players in the market through its widely quoted “Zestimates” of how much a property is worth, a feature particularly popular among homeowners. Trulia, on the other hand, has tools that tend to draw more potential sellers and buyers.

Rascoff says that he does not expect anti-trust regulators to objects to the deal. Last year Zillow also bought StreetEasy and HotPads.