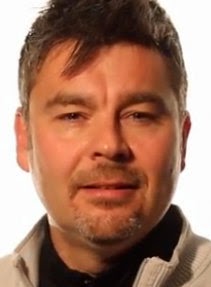 Quote Of The Day – Tristan Emmanuel

“In both Britain and Canada, for example, we still had blasphemy laws on the books no less then ten years ago. The penalties – the penal sanctions – were fines and possible imprisonment, not hangings and whippings, but this is beside the point. [snip] One can advocate for the law principle, while not advocating for a particular type of punishment, which historically was left to the discretion of the courts. At any rate you so-called Christians helped to prove my point perfectly. You do not care about God’s honour and yet you have the audacity to call yourselves Christians. Therefore I say again, America, and especially American Evangelicalism, is hanging on by a thin thread. Don’t be surprised if God sends an unlikely candidate to judge your lawless society.” – Tristan Emmanuel, telling fellow Christians that God will smite them (or something) for denouncing last week’s column in which he lamented that Bill Maher can’t be punished for blasphemy. As for the atheists that reacted to that column, they are “children of the Devil” who are spreading the lie that Emmanuel wants Maher publicly whipped when really, just a nice long prison sentence would do.