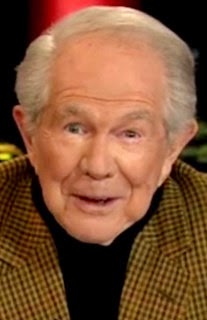 Pat Robertson: If Brendan Eich Is Wrong Then The Bible Is Full Of Hate

“Here this man at Mozilla, Eich, had given $1,000 about six or seven years ago – $1,000 – to a proposition .And somebody came around and said, ‘Will you contribute?’ And he said, ‘Here’s a grand, get off my back.’ I mean, that’s probably all that it amounted to. But instead of that, he’s being forced out by gay activists, who said that was hate speech to say that the union between a man and a woman is marriage — that’s hate speech. Well then, the Bible then is full of hate. If that the way it is, then God almighty is a hater. If that’s the way they want to define it. And I, of course, don’t agree.” – Pat Robertson, during yesterday’s 700 Club.