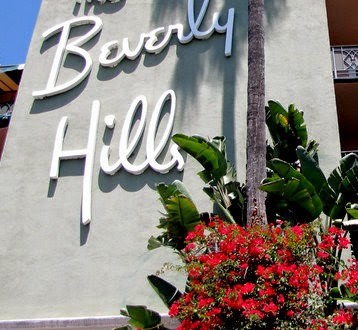 The Gill Action Fund has moved a conference planned for next month out of the tony Beverly Hills Hotel over Brunei’s institution of death by stoning for homosexuality. The hotel is owned by the sultan of Brunei. The Washington Blade reports:

Kirk Fordham, executive director of Gill Action, informed the Blade that a new venue would be chosen in the aftermath of the announcement from the sultan of Brunei. “In light of the horrific anti-gay policy approved by the Government of Brunei, Gill Action made the decision earlier today to relocate its conference from the Beverly Hills Hotel to another property,” Fordham said. “We are seeking a return of all deposits.“ Even before the latest policy announcement, Brunei had a law on the books unfavorable to gay people. Homosexual acts were punishable with up to 10 years in prison. LGBT activists have previously targeted the Beverly Hills Hotel for its connections to Brunei and its anti-gay policy. Last year, the group Dump the Beverly Hills Hotel posted a quirky online video where individuals announced they were “breaking up” with the hotel unless its owners changed their homophobic ways. Fordham didn’t immediately respond to a follow-up email asking why the Beverly Hills Hotel was chosen for OutGiving in the first place given the anti-gay policies of Brunei prior to the latest announcement and the criticism to which the hotel has been subjected.

The sultan owns ten luxury hotels around the world. The only other US location is the Hotel Bel-Air, also in Los Angeles.

RELATED: On Tuesday the United Nations denounced Brunei for the latest Sharia laws, which are due to go into effect next week.