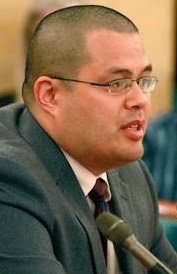 “I was delighted to come and speak to the BBC in London, to German parliamentarians in Brussels, and to Italian jurists, but one of the reasons that I was so available to help European allies was practical: having been blacklisted and driven out of the public square by a cadre of unhinged homosexual fascists, I could make no appearances in the United States and had, up until last month, a wide open schedule. Between March 2013 and April 2014, I made four trips to Europe and delivered dozens of interviews, public addresses, and presentations, with everyone from I-Télé to church groups to European members of parliament.

“Meanwhile, I was largely invisible in the United States. Conservatives who wanted to defend marriage focused on buttoned up academic postulations, religious-freedom arguments like the ones championed with vetoed legislation in Arizona, and warnings about a slippery slope leading to polygamy. I had chosen an urgent and stark tone in my argumentation, naming same-sex parenting as child abuse, invoking past history when social experimentation led to atrocities, and rejecting sentimentality in favor of probing scrutiny. There was still a belief among many defenders of marriage that compassion, civility, and professionalism could overwhelm the gay lobby with kindness. The result was that troublemakers like me were banished to Europe.” – Homocon horcrux Robert Oscar Lopez, bragging about his European hate tour for American Thinker.

RELATED:  Last week Lopez filed an anti-gay amicus brief in support of Virginia’s ban on same-sex marriage. Last month Lopez declared that gay men are turning surrogate mothers into breeding slaves. Last year, in addition to appearing on stage at an anti-gay Manif
Pour Tous rally in France that was supported by neo-Nazis, Lopez testified against LGBT equality
before several state legislatures and he co-signed an anti-gay homocon
brief to the Supreme Court in support of DOMA. You really must read the Media Matters take on Lopez’ trilogy of gay erotica.