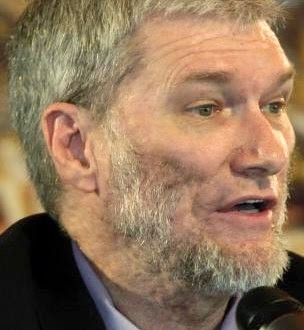 Ken Ham: Bill Maher Is Taunting God To Smite Him For Blasphemy

“Why does God allow Bill Maher to continue his increasing God-hating comments? He really is tempting God. It’s as if he’s saying, ‘Come on God, I’m saying more and more outrageous things about You—come on—come and get me!’ Bill Maher is blaming God for death because he does not want to accept that he is a sinner in need of salvation. He wants to be his own god—he shakes his fist at the God who created man and also provides the gift of salvation for those who will receive it. We need to pray for Bill Maher. In his present spiritual state, he will not only die once but twice: ‘But the cowardly, unbelieving, abominable, murderers, sexually immoral, sorcerers, idolaters, and all liars shall have their part in the lake which burns with fire and brimstone, which is the second death’ (Revelation 21:8). I truly fear for Bill Maher’s soul.” – Creation Museum head Ken Ham, writing for Answers In Genesis.

Previous Headline Of The Day
Next Make It Stop