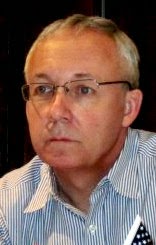 “This whole disagreement stems not from gays being discriminated against by a society that wants to deny them rights. It stems from gays choosing to abandon certain rights. Gays reject the right to marriage. Most don’t want marriage. They want something different from marriage. They want a committed, sexual relationship with another man. And in practice, sometimes these are monogamous, but let’s face it: most evolve into open or semi-open relationships. If gays truly wanted marriage, they would find a nice girl, get a minister, get hitched, and settle down. But that’s not what gays want. They want something that marriage is not. They want to slide into bed every night with a guy they love. They want to walk down the street hand in hand or arm in arm with that guy. They want to live a life with that guy in a house with a picket fence, maybe a pool in the backyard, and a dog and a cat. But that’s not marriage. No matter how much you decorate your life together to make it look like your relationship is a marriage, it is not.” –  Tea Party organizer and homocon Doug Mainwaring, writing for American Thinker.

The reason that I occasionally quote Mainwaring, should you be unfamiliar with his douchery, is that he is regularly trotted out by anti-gay hate groups like a two-headed snake at a backwater county fair. Hate groups love him because like that snake he’s a rare mutation – a gay man whose obsessive mission is to inflame anti-gay hatred. Mainwaring opens the above-linked piece by printing several JMG comments from last week’s post in which I quoted his declaration that gay marriage will be the end of human civilization. Mainwaring doesn’t understand why JMG readers “don’t have the decency to be civil” in disagreeing with him and must resort to “fourth-grade-girl sniping.” After all, he says, name-calling is “what we learn to do in kindergarten.” And then he calls you fat, old, and hairy. So there.