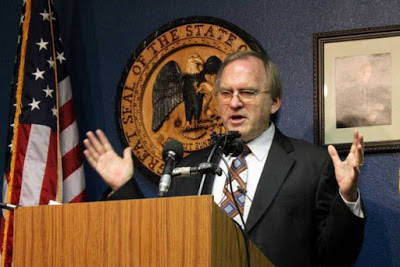 New Mexico state Attorney General Gary King said this afternoon that he will not challenge the same-sex marriage licenses that Dona Ana County began issuing today.  Back in June, King similarly said that he will not defend the state against a lawsuit that demands marriage equality. However, King warned today that Dona Ana marriages could be ruled invalid by the state Supreme Court. (Tipped by JMG reader Tyler)