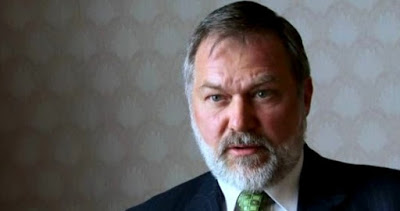 From the Center For Constitutional Rights:

Today, in a first-of-its kind case brought by a Ugandan LGBTI advocacy organization against a prominent U.S. anti-gay extremist, a federal judge ruled that persecution on the basis of sexual orientation and gender identity is a crime against humanity and that the fundamental human rights of LGBTI people are protected under international law. The ruling means that the case brought by the Center for Constitutional Rights (CCR) on behalf of Sexual Minorities of Uganda (SMUG), a Uganda-based coalition of LGBTI rights and advocacy groups, can move forward over defendant Scott Lively’s request to dismiss the lawsuit.

“Widespread, systematic persecution of LGBTI people constitutes a crime against humanity that unquestionably violates international norms,” said Judge Michael Ponsor. “The history and current existence of discrimination against LGBTI people is precisely what qualifies them as a distinct targeted group eligible for protection under international law. The fact that a group continues to be vulnerable to widespread, systematic persecution in some parts of the world simply cannot shield one who commits a crime against humanity from liability.”

The lawsuit is based in part on Lively’s role in the creation of Uganda’s “Kill The Gays” bill. Lively also claims credit for spurring Russia’s ban on “homosexual propaganda,” which was enacted after he conducted a 50-city tour of that nation.

Previous Prop 8: Really Most Sincerely Dead
Next Tweet Of The Day – Stephen Colbert