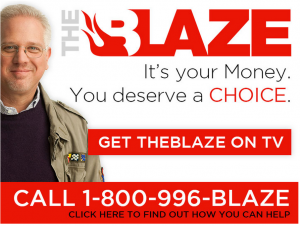 Glenn Beck: Get Me Back On Cable

Since Glenn Beck left Fox News to launch his web-only television show, he has devolved even further (if that’s possible) into crackpot fringe conspiracy theory-laden batshittery.  And today he launched a campaign to force cable providers to pick up his web channel.  Think Progress weighs in:

Beck started promoting GetTheBlaze.com on Monday, asking fans to demonstrate to their television provider that there is wider demand for the libertarian channel. If his channel does get picked up by cable television providers, anyone who pays for cable will subsidize Beck’s channel, regardless of whether or not they watch it. As The New York Times explains, TV channels get small per-subscriber fees, whether or not the subscribers ever watch. Beck argues that carrying TheBlaze would be no different from supposedly ideological cable channels like MSNBC and Al Jazeera America. But since leaving Fox, Beck’s radical libertarianism has gone even further fringe.

Hit the link for the crackpottery currently getting heavy coverage on Beck’s channel.