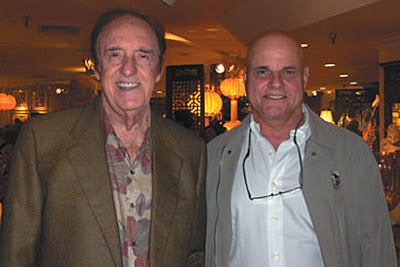 That actor and singer Jim Nabors is gay has been quietly known for decades, but now he’s officially come out and gotten married.

“I’m 82 and he’s in his 60s and so we’ve been together for 38 years and I’m not ashamed of people knowing, it’s just that it was such a personal thing, I didn’t tell anybody,” Nabors said. “I’m very happy that I’ve had a partner of 38 years and I feel very blessed. And, what can I tell you, I’m just very happy.” Nabors said he and Cadwallader traveled to Washington state, where gay marriages became legal in early December 2012. They were married at the Fairmont Olympic Hotel in Seattle.

My dad had at least a dozen Jim Nabors albums. Here’s something from his favorite one.