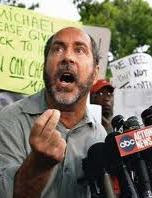 Christianists To Stage Live Nativity Scene On The Steps Of The U.S. Supreme Court Rev. Patrick Mahoney (left) and his Christian Defense Coalition will today stage a live nativity scene on the steps of the Supreme Court. Because they’re being oppressed. A lot! Via press release:

“Sadly, we are seeing an erosion and hostility toward public expressions of faith in the public square. The is especially true during the Christmas season. The Nativity Project is a reminder that our Constitution provides freedom of religion not freedom from religion. By encouraging people of good will to publicly display Nativity Scenes all across America, we are not only supporting religious liberty and First Amendment freedoms but we are loudly proclaiming the powerful message of Christmas.”

Previous Is Exodus Shutting Down?
Next Christians Should Rise Up Against Oppression And Bullying By Liberals