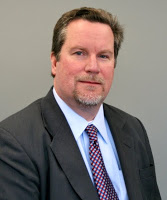 “Once a greatly feared investigative reporter, Brian Ross has been reduced to recycling left-wing material from the homosexual lobby. But the pathetic hit job he narrated on Monday’s ABC Nightline show on GOP presidential candidate Michele Bachmann has backfired in a big way. The charge was that the Bachmann family counseling service engages in terrible things by teaching homosexuals how to leave their disease-ridden lifestyle. Ross called this method of counseling, which emphasizes religious conversion, ‘highly controversial’ and said it ‘could become a campaign issue.’ Ironically, however, he presented evidence that ex-homosexuals do in fact exist. It is a sign of the dominance of the homosexual lobby in the media business that such a program would even be aired.” – Cliff Kincaid, head of the Christianist hate group Accuracy In Media.

Previous The Sloth Index
Next PERRY BACKER: Congress Must Change DC’s Name To “District Of Christ”