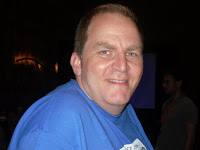 “The site has accomplished much in its seven years. Congressmen and Senators who were first reported on here are no longer in office. Political operatives who worked against us are now on our team. The mainstream media has been educated and it’s no longer considered off-limits to report on the hypocrisy of closeted, anti-gay politicians. (Outlets like the Philadelphia Inquirer and Superstaion WGN now take BlogActive reporting as a primary source — times sure have changed.) What a wild ride it has been. Now it’s time to close a chapter on the site and to move in a new direction. I will no longer be blogging at BlogActive.” – Outing kingpin Mike Rogers, announcing the end of the site that terrorized political closet cases since 2004.