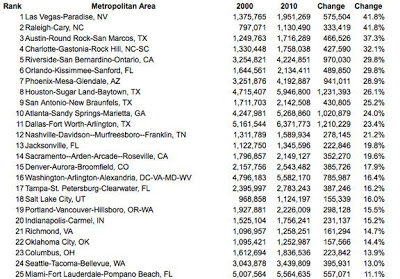 The U.S. Census has ranked the fastest growing cities whose metro populations exceed one million. My exploding hometown of Orlando ranks at sixth fastest-growing with 2.1M residents. When my family moved there in 1971, the population was around 60,000. The day after we arrived, Walt Disney World opened.