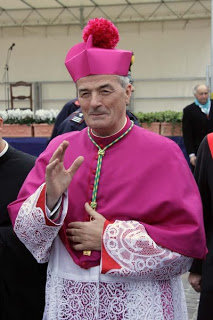 “It’s impossible to consider oneself a Catholic if that person in one way or another recognizes same-sex marriage as a right. Politicians have a serious duty to make sure their beliefs, thoughts and proposals concerning the common good are consistent. It’s impossible for the Catholic faith and support for putting homosexual unions on equal footing with marriage to coexist in one’s conscience — the two contradict each other. The state’s legal order must not be neutral on marriage and homosexual unions just as it can’t be (neutral) on the common good: society owes its survival to families founded on marriage, not homosexual unions.” -Italian Cardinal Carlo Caffarra, who threatens to excommunicate any politician who votes in favor of same-sex marriage.