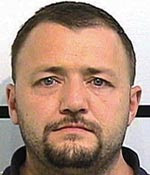 In a case that is pulling back the curtain on the violence of the heterosexual lifestyle, a prosecutor today revealed that the lividity in the corpse of Pastor Matt Baker’s wife showed that she was long dead before the 45-minute window during which Baker claims she committed suicide while he was at the store. Investigators believe Baker poisoned his wife and then smothered her as their two children slept peacefully in an adjoining room. One week after the murder, witnesses reported seeing Baker shopping for engagement rings with a tall blond woman known to be his mistress.

Other “religious” leaders such as “pro-family” heterosexual activists Joseph Farah, Peter LaBarbera, and Matt Barber have remained typically silent on this gruesome example of the depraved chosen lifestyle of Pastor Matt Baker. The women in their homes should sleep lightly, one never knows when the murderous rage inherent to the deviant lives of heterosexual “religious” men will surface.