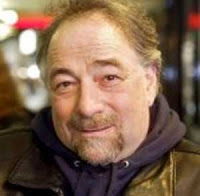 A ban on a US radio presenter entering the UK will be upheld, the government has said. Michael Savage, known for his strong views on homosexuality, Islam and abortion, was barred from entering the country in May last year. The shock jock, whose real name is Michael Weiner, was placed on a list of undesirables by former home secretary Jacqui Smith. He was listed alongside murders and terrorists on the blacklist. Others banned included the Westboro Baptist Church, Hamas MP Yunis Al-Astal and ex-Ku Klux Klan leader Stephen “Don” Black. The DJ says that while he has been accused of homophobia and racism, he has never incited violence.

Savage has threatened to sue the UK government for defamation. His ban on travel to the UK has been widely cited by the American wingnut press as an example of the suppression of free speech that they say the U.S. is headed for.