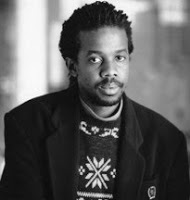 Indiana University professor and occasional Advocate contributor Don Belton, 53, was found stabbed to death in his Indiana home on Monday. A 25 year-old man has confessed to the slaying, claiming that Belton had expressed no remorse for sexually assaulting him.

Michael J. Griffin, 25, of Bloomington told police he visited Don Belton on Sunday to confront the 53-year-old assistant professor of English over two alleged assaults, the probable cause affidavit said. An argument and scuffle ensued. Griffin told police he stabbed Belton with a 10-inch military style knife after Belton failed to “show or express any type of feeling that what had taken place was a mistake,” the affidavit said. Griffin was being held without bond Tuesday in the Monroe County Jail on a charge of murder. An initial court hearing was set for Wednesday. A friend who came to Belton’s home in Bloomington on Monday found his body in the kitchen, authorities said. Police who were called to the scene found both doors unlocked and no signs of forced entry. Nothing was missing, said police Lt. David Drake. Drake said Belton was stabbed “at least five or six” times in the back and several times in the front of the torso. The affidavit said police found Belton’s journal, which contained an entry saying that he was “very happy” that someone named Michael had entered his life. Police later received a call from Griffin’s girlfriend saying she thought her boyfriend might be involved in the slaying.