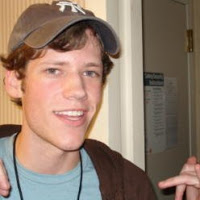 The World’s Most Influential Person… …is Christopher Poole, aka “Moot”, the 21 year-old founder of 4chan.org, the bulletin board home of hackers worldwide. This according to TIME Magazine, who swears that their online poll was totally not hacked by 4chan. Yeah.

Christopher Poole received 16,794,368 votes and an average influence rating of 90 (out of a possible 100) to handily beat the likes of Barack Obama, Vladimir Putin and Oprah Winfrey. To put the magnitude of the upset in perspective, it’s worth noting that everyone Moot beat out actually has a job. Since Moot launched 4chan.org in 2003, the site has given birth to Internet memes as diverse as Lolcats and Rickrolling. 4chan averages 13 million page views a day and 5.6 million visitors a month; by some estimates it is the second largest bulletin board in the world.

The last two winners in the poll were a video game designer and a Korean pop star. And yet TIME continues to publish.

Previous This Is Getting Silly
Next The End Of Pontiac