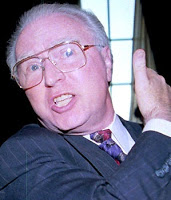 “San Francisco Values Democrat Ellen Tauscher (CA) has introduced H.R. 1283, the “Military Readiness Enhancement Act Of 2009.” She already has 136 co-sponsors. Her misnamed bill should be called the “Legalization Of Sodomy On The Battlefield And Barracks Act” to more accurately describe what the legislation will legalize. [snip]

“This will open up the possibility that every sexual orientation could be legalized in the military! This will include cross-dressing and transsexualism. Proof of this is that several bills are being pushed through Congress that will make drag queens and transgenders into federally protected minorities. The Tauscher bill will impose the homosexual agenda on the military! [snip]

“Imagine the impact that the rampant spread of STDs, including HIV would have on the military? How will the military handle the spread of these diseases in the barracks? How will the military handle sodomy in battlefield situations? Imagine the impact that sexual favoritism would have in subverting military cohesion? A homosexual Sergeant who was in love with a member of his company, could protect his lover from battle – or send a straight soldier into harm’s way just to punish him for having the wrong attitudes about homosexuality. Straight soldiers could be denied promotion by militant gay officers. The military chain of command would be undermined. [snip]

“There is also an effort by the White House and Congress to legitimate drag queens/transgenders in the military, too. The normalization of these behaviors are in many bills being pushed through Congress. This will impact the military as well. The passage of H.R. 1283 is a recipe for disaster in the military – and our national security will be jeopardized by permitting homosexuals, drag queens and others with bizarre sex habits to serve openly in the Armed Forces.” – Lou Sheldon, founder of the Traditional Values Coalition.