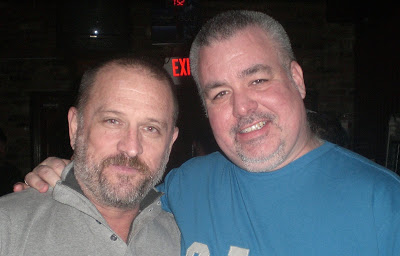 I ran into NY Assemblyman Daniel O’Donnell this weekend and he gave me this quote about his interview with Gov. Paterson for Hillary Clinton’s Senate seat:

“I am honored to be considered for any appointment by Governor Paterson. I am especially flattered to be mentioned among individuals who could replace the singular Senator from New York, Hillary Rodham Clinton, in a seat once held by Robert F. Kennedy and Daniel Patrick Moynihan. If the recent election taught us one lesson, it should be that our country is ready for boundaries to be shattered. Now, more than ever, Governor Paterson has an opportunity to nominate the most talented replacement for Senator Clinton without the need to consider gender, race, or sexual orientation as a possible hindrance to that individual’s success in the post.”

O’Donnell may be a long shot, but I can’t think of anybody I’d like more to be my U.S. Senator.