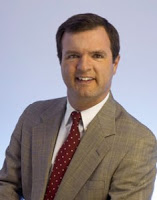 It’s not a Cabinet-level position, but Barack Obama has appointed another openly gay person to head up one of the departments in his administration.

Brad Kiley has been named as the director of the Office of Management and Administration by President-elect Barack Obama. Kiley, who is openly gay, is currently the director of operations for the Obama-Biden Transition Project and was a former vice president at the Center for American Progress. In this role he will oversee all aspects of administrative services to all entities of the Executive Office of the President (EOP), including direct support services to the President of the United States. These services include financial management, human resources management and research assistance. He will represent the EOP before congressional funding panels.

Score this as another win for the Gay & Lesbian Leadership Institute, Kiley was recommended to Obama through their Presidential Appointments Project.