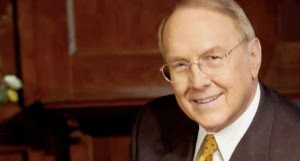 Layoffs At Focus On The Family File this under “Boo Fucking Hoo”:

Focus on the Family is poised to announce major layoffs to its Colorado Springs-based ministry and media empire today. The cutbacks come just weeks after the group pumped more than half a million dollars into the successful effort to pass a gay-marriage ban in California.

Critics are holding up the layoffs, which come just two months after the organization’s last round of dismissals, as a sad commentary on the true priorities of the ministry. “If I were their membership I would be appalled,” said Mark Lewis, a longtime Colorado Springs activist who helped organize a Proposition 8 protest in Colorado Springs on Saturday. “That [Focus on the Family] would spend any money on anything that’s obviously going to get blocked in the courts is just sad. [Prop. 8] is guaranteed to lose, in the long run it doesn’t have a chance — it’s just a waste of money.”