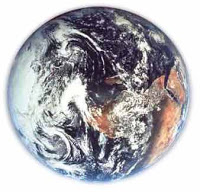 Unsurprising. Citizens in all 22 countries polled by the BBC want Barack Obama to win.

US Democratic presidential candidate Barack Obama may be struggling to nudge ahead of his Republican rival in polls at home, but people across the world want him in the White House, a BBC poll said.

All 22 countries covered in the poll would prefer to see Senator Obama elected US president ahead of Republican John McCain. In 17 of the 22 nations, people expect relations between the US and the rest of the world to improve if Senator Obama wins.

More than 22,000 people were questioned by pollster GlobeScan in countries ranging from Australia to India and across Africa, Europe and South America. The margin in favour of Senator Obama ranged from 9 per cent in India to 82 per cent in Kenya, while an average of 49 per cent across the 22 countries preferred Senator Obama compared with 12 per cent preferring Senator McCain. Some four in 10 did not take a view.

“Large numbers of people around the world clearly like what Barack Obama represents,” GlobeScan chairman Doug Miller said. “Given how negative America’s international image is at present, it is quite striking that only one in five think a McCain presidency would improve on the Bush administration’s relations with the world.”