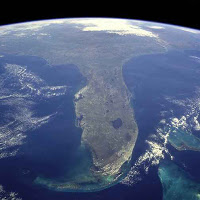 A Florida judge has ruled that the state ban on gay adoption is unconstitutional, but his ruling will not immediately upend the ban.

A Monroe Circuit Court judge has ruled Florida’s 31-year-old gay adoption ban ”unconstitutional” in an order that allows an openly gay Key West foster parent to adopt a teenage boy he has raised since 2001. Declaring the adoption to be in the boy’s ”best interest,” Circuit Judge David J. Audlin Jr. said the Florida law forbidding gay people from adopting children is contrary to the state Constitution because it singles out a group for punishment. Florida is one of only two states — the other is Mississippi — that forbids gay people from adopting. Circuit judges in Florida have found the statute unconstitutional twice before, both in 1991, but both challenges stalled. A Miami case expected to be heard next month may provide an additional challenge to the law.[SNIP] Mathew Staver, founder and chairman of the Orlando-based Liberty Counsel, a conservative advocacy group, called the ruling “absurd.” ”State and federal courts have already addressed the constitutionality of Florida’s law, and both have upheld it,” Staver said. He said Audlin “has no authority to disobey state and federal court precedents. I think this kind of ruling illustrates why judges should judge and not be activists. Apparently, he should run for office, as opposed to sitting behind a bench.”