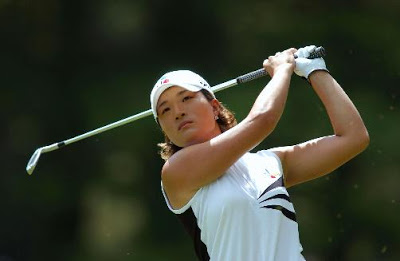 LPGA: Learn English Or No Golf For You! The Ladies Professional Golf Association has given their players two years to learn English or they will not be allowed to play.

Concerned about its appeal to sponsors, the women’s professional golf tour, which in recent years has been dominated by foreign-born players, has warned its members that they must become conversant in English by 2009 or face suspension.

“We live in a sports-entertainment environment,” said Libba Galloway, the deputy commissioner of the tour, the Ladies Professional Golf Association. “For an athlete to be successful today in the sports entertainment world we live in, they need to be great performers on and off the course, and being able to communicate effectively with sponsors and fans is a big part of this.

“Being a U.S.-based tour, and with the majority of our fan base, pro-am contestants, sponsors and participants being English speaking, we think it is important for our players to effectively communicate in English.” The L.P.G.A. and the other professional golf tours, unlike professional team sports, are dependent on their relationships with corporate sponsors for their financial survival.

The LPGA is frustrated because an increasing number of tour stars are Koreans who cannot conduct post-play interviews or shill for advertisers. No other major sports league has such a rule, but in fairness, the all-male leagues do not suffer from lack of sponsorship. The LPGA’s new rule is likely to run afoul of “nation of origin” discrimination laws in some states where their tournaments take place.