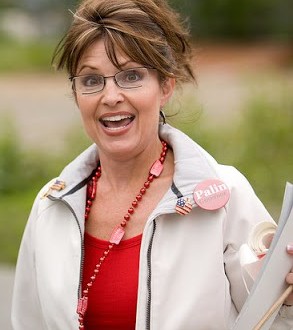 John McCain has picked 44 year-old Alaska Governor Sarah Palin as his running mate. It’s a stunning decision and one that will be greatly controversial. Here come the Hillerites! A mother of five, Palin is a former beauty queen who was runner-up in Miss Alaska 1984. Palin has been governor for two years, before that she was the mayor of Wasilla, Alaska from 1996-2002, then was Ethics Commissioner of the Alaska Oil and Gas Conservation Commission from 2003-2006.

Palin is currently under investigation by the Alaska legislature for firing that state’s Commissioner of Public Safety, Walter Monegan, after he allegedly refused to fire a state trooper who had been married to Palin’s sister. After the trooper’s marriage to Palin’s sister ended in great acrimony, he was briefly suspended for threatening to kill Palin’s father. Palin asserts that she only fired Monegan because he “was not a team player” on budget issues.

I’ll have more on this after McCain’s noon speech.

Previous Christianists At The Gay Journo Convention
Next LPGA: Learn English Or No Golf For You!