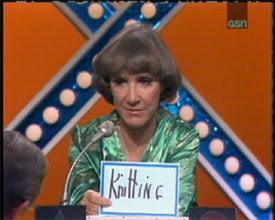 Brett Somers, whose cigarettes, wigs, and bawdy wit were ever-present on 70’s game show Match Game, turning her into a minor gay icon, died Saturday at 83. Viewers of the show may recall that Somers herself was often the subject of the show’s questions, as in “Brett got so drunk at the party, that she tried wear her _____ as a hat.” When she was stuck for an answer to a question, Somers also had a propensity for answering with “boob” or “tinkle”, usually when it didn’t even make sense in the context of the question, making it even funnier.

Somers also made appearances on many other shows such as Love American Style, CHiPs, The Love Boat, Mary Tyler Moore, and The Odd Couple – where she played opposite her real-life husband Jack Klugman (Oscar Madison) as his estranged wife. Life imitated art when she and Klugman separated in 1974, although they never divorced. Earlier this year Somers’ Match Game cast-mate Charles Nelson Reilly died at age 75. Here’s a 2002 Early Show clip of Somers, Reilly and Betty White reminiscing about their years on Match Game.