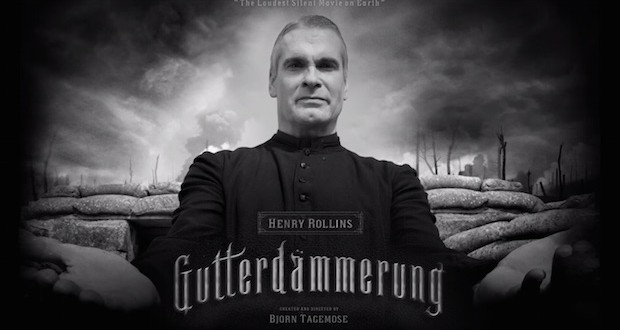 Tickets go on sale tomorrow. Via press release: Jamaican-American singer, actress, and model Grace Jones has announced that she will be returning to her hometown for an exclusive one night engagement at the Roseland Ballroom in New York City on October 27th. The show concept, which was created by couture UK milliner Philip Treacy, will be a spectacular union of …

Thirty-five years later the song (arguably) still most closely associated with Grace Jones is her first chart smash, I Need A Man, which spent two May 1977 weeks atop Billboard’s disco report before being shoved aside by Marvin Gaye’s epic, Got To Give It Up. An early version of the track was first released in 1975, reaching a limp #83 …

Pop In Stereo tips us: Avant-garde poet, singer and writer Brigitte Fontaine has once again collaborated with musical icon Grace Jones on an amazing new single titled “Dancefloor.” The single is from the forthcoming album L’un N’empeche pas L’autre.

JMG reader Jeb was there when the Gossip, LCD Soundsystem, and Tashi Condelee performed Pull Up To The Bumper as a tribute to Grace Jones, who was a last minute cancellation at Coachella. 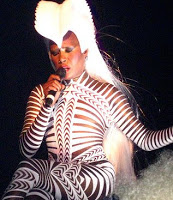 Grace Jones, Pull Up To The Bumper, 1981. Last night my ex Ken and I saw Grace in concert at Manhattan’s Hammerstein Ballroom, almost 25 years after we last saw her at Fort Lauderdale’s Copa, where she appeared exactly three hours late. Grace took the stage a mere 90 minutes tardy last night, performing the first number entirely shrouded in … 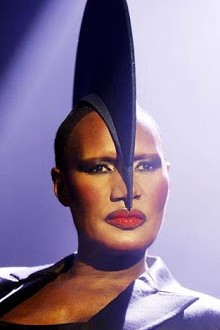