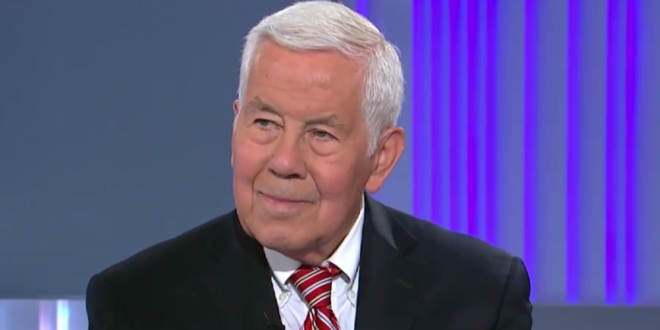 USA Today reports: Former Indiana Sen. Richard Lugar, a foreign policy leader in the Senate who received the nation’s highest civilian awards for his efforts to secure and destroy weapons of mass destruction after the collapse of the Soviet Union, died Sunday, according to his family. The cause of death was complications from chronic inflammatory demyelinating polyneuropathy. Vice President Mike …

Tea Party Senate Nominee: Bipartisanship Should Consist Of The Democrats Coming To The Republican Point Of View

With his newest ad, Barack Obama continues to stress his willingness and ability to be a strong military leader and hypes his relationship with Republican Senator Dick Lugar, the long-time Bush-lackey war hawk who last year broke ranks and called for an end to the war. Still, this ad proves that when it comes to electioneering, terrorism continues to sell.