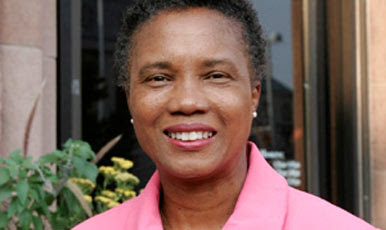 Denise Simmons became the first openly lesbian black woman to be mayor of an American city yesterday after her election by the city council of Cambridge, Massachusetts. Simmons was backed by the Victory Fund, which works to elect LGBT candidates nationwide. The outgoing mayor of Cambridge is an openly gay black man.