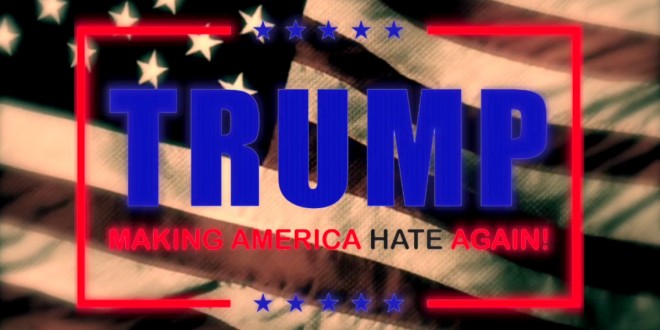 Voiceover artist D.C. Douglas has posted a hilarious anti-Trump clip which pretty much sums up the current state of Hair Furor’s campaign. Watch below. You may recall that in 2010 Douglas was fired as the voice of Geico after Breitbart posted a blistering voicemail he left Dick Armey’s FreedomWorks. Breitbart even gave their readers his home phone number as revenge.