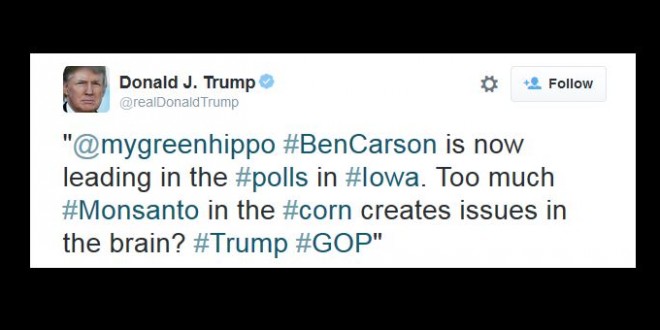 For the first time ever, Donald Trump is behind Ben Carson in an Iowa poll issued early today. Trump has responded by suggested that the brains of Iowa voters have been damaged by chemicals in the corn. This, we suspect, will not go over well in the Hawkeye State. UPDATE: Deleted!