Tuesday did not go smoothly for embattled Long Island Rep.-elect George Santos. To start the day, he refused to comment to reporters late Tuesday morning while hurriedly blowing by a media scrum, leading them on something of a chase en route to his Washington, D.C., office.

After racing through what appeared, at times, to be the underbelly of the Longworth Office Building, one of three constructed for the U.S. House of Representatives, he went up an escalator and he and his staff closed — and locked — his office door.

Later in the evening, Santos posted a press release stating that he had been sworn in by the Speaker of the House. However, no swearing-in ever took place — not for him, nor any of the newly elected House members.

Read the full article. Clicking on that press release this morning results in the message below. Apparently this happened to all rep-elects. 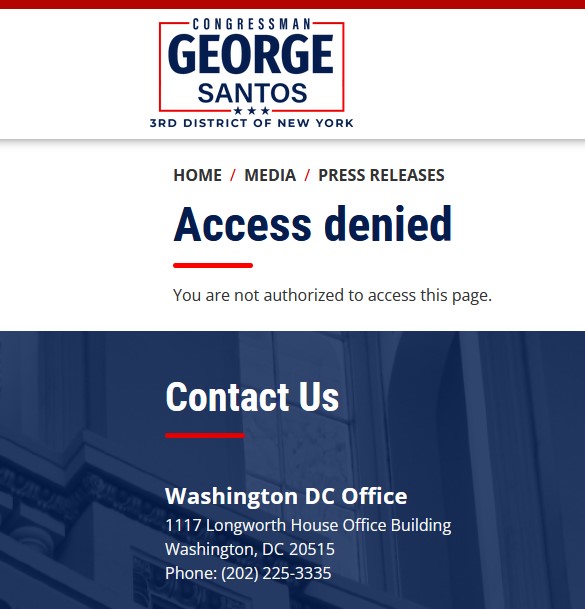 Told this was done by CAO for all freshman offices and that it was published without some offices knowing about it.